Tantrum is very common among children aged 18 – 48 months. Temper tantrums can be normal but can be upsetting and challenging to parents. It can be in the form of anger, frustrations, and difficult behaviour. Your child can scream, cry, kick, break things, disruptive, aggressive and in some case, hold their breath.

At around two years old, children will test limits and they cannot see another person’s point of view. They want to be independent and want to have control to explore their environment. But at the same time, when parents or teachers put limits because of safety or other reasons, they will be frustrated because they do what they want.  When they are frustrated, they show it with crying, hitting and yelling. They may not yet have the skills to express anger and frustration in other ways. Thus, tantrums are a good opportunity for children to learn handling frustrations.

Most of the times, children stop the temper tantrum only when they get what they wants. Parents’ behaviour and reactions can contribute to how frequent can tantrum occurs.  A child is more likely to have temper tantrums if parents give in to the child’s demand or if parents reacted too strongly to poor behaviour.

How do you deal with temper tantrums?

It is important to remember this when your child is in the throes of a tantrum:

Parents must stay firmly in control. Punishing the child for throwing a tantrum, by yelling or spanking for example, makes the tantrum worse in the short term and prolongs the behavior in the long term. Trying to stop the tantrum by giving in to the child’s demands is even worse. If you give in to the child’s demand, you teach the child to use tantrums for manipulation, and will cause the behavior to continue indefinitely, even when they are older.

Ignoring the tantrums is usually a good way to handle it. Parents have to help children how to deal with anger and frustration. Find out what triggers the tantrum. By knowing the triggers, parents can act before the child’s emotions go beyond the point where the child can control them.

Parents can use time-outs if the child is around two years old or older because it works best for children who can understand why it is being used. A time-out takes the child out of the situation and gives him/ her time to calm down. It also teaches the child that temper tantrum is not an acceptable behaviour.

What to do when tantrum happens at home?

When the child throws a tantrum at home, calmly carry you child to a safe place where he/ she can be left by him/herself, such as a crib or a playpen. Then leave the room, shut the door, and don’t go back until he/she calms down. If you are worried about leaving the child alone, stay with him/ her, but don’t respond to the tantrum in any way. Don’t even make eye contact with the child. When the child is calm, have a talk with her about her behavior.

What to do when tantrum happens in public?

Carry your child out of the public area if possible, and take our child to a place where you can have some privacy. The best place to take your child is to the car, where he/ she can be buckled into his car seat. Then you stand near the car or sit in the car and wait it out without reacting to the tantrum. When the tantrum subsides, talk to the child about his behavior, and then return to your activities. If tantrum happens in a place where you cannot escape easily and you are stuck where you are (eg in a plane), just ignore the screaming child and keep your cool. Once you are able to make your escape, talk to the child about his behavior.

Most children will learn healthy ways to handle strong emotions. However, if tantrums continue, he/ she may need help in dealing with anger. 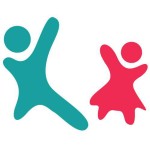